The following is a list of resources for those beginning in the world of craft beer. These are resources that I personally found/find of value. I will add to it over time and some may be replaced by others as it evolves. 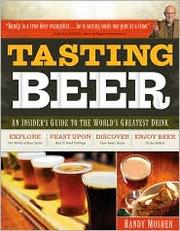 My review of Mosher, which I consider the core book in the Beginner’s Beer Library.

“Synopsis: This is an excellent introduction to beer, beer culture and history, and the tasting (not simply drinking) of beer. Highly recommended!” 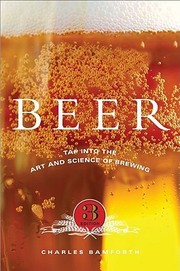 My review of Dawson’s Vintage Beer.

“Vintage Beer by Dawson is an excellent introduction to cellaring beer. It is a quick read that will also bear close studying and better note-taking. Production values are high and it is well-edited.”

Our friend Jon Abernathy’s Bend Beer was recently released. This is what I have had to say about it here so far.

“It is currently “the definitive” book on brewing in Central Oregon, but I know even Jon wants more answers to some things. There is more he could not fit due to space constraints. Such is book authorship.”

Any fan of good cheese and beer should own, and make use of, this book. We picked up our copy from the author at a signing and tasting at the Deschutes Brewery Bend Public House.

The Brew Site. Jon Abernathy has been blogging about beer for over 10 years now. Only a small handful worldwide can make that claim. Jon is the author of the 2014 released Bend Beer [see above]. If you want to know which breweries are/were present in Central Oregon and which are in planning and the order they came in then see the sidebar on Jon’s blog. No one else gives you as complete or as accurate info yet. No one.

Good Beer Hunting. Michael Kiser is the real deal. Check out his site, his photographs, his writing, his events, his podcast (if so inclined), the items in his store.