My timing for reading books is kind of uncanny lately. We started reading Berger’s book the night before he died and thanks to COCC getting these and putting them on the new book shelf I was able to read Rep. John Lewis’ autobiographical graphic novel series just before that jackass Donald Trump attacked this icon of the civil rights movement and American hero.

I truly enjoyed these books. They did a wonderful job bringing together some things I have heard about vaguely over the years of my life but should have known more about.

President Obama’s first inauguration provides the bookends to the series, along with being woven throughout it.

The sense of personal duty to others and to the cause of justice and humanity is in the forefront of these books. One would be hard pressed to not come away with a profound respect for John Lewis and the many others who put their lives on the line to make America a better place.

The march on Washington, the lunch counter sit-ins, the Freedom Rides, Martin Luther King, Julian Bond, Malcolm X, SNCC, the Voting Rights Act, and many other events and icons of the civil rights movement are all here.

U.S. Representative John Lewis represents Georgia’s 5th congressional district which covers much of urban Atlanta. He was elected to this position in November 1986 and has held it ever since. He was awarded the Presidential Medal of Freedom in 2011 by President Obama.

I highly recommend this series. Being graphic novels they are a quick read but provide enough coverage of the people and events of the time that one could easily branch out to learn more about them as one wished.

If you are at all confused as to why people are upset Trump attacked this man then you need to read these books. Trump is the worst sort of jackass and learning about those he attacks will be one of the best ways to understand how truly damaged and damaging he is.

These books count for the categories: A book a friend recommended (Angel Rivera), Post-election understanding, and a microhistory, in my 2017 “the looking all around list” Self-Reading Challenge. With these categories I have now completed 16 of the goal of 30 out of 40 categories. Not bad for the first half of January.

Dare to disappoint: growing up in Turkey by Özge Samanci

This is a memoir and graphic novel of self-discovery, along with being a (very) quick) overview of (recent) Turkish history and society. I quite enjoyed it and learned a good bit.

Summary: “Growing up on the Aegean Coast, Ozge loved the sea and imagined a life of adventure while her parents and society demanded predictability. Her dad expected Ozge, like her sister, to become an engineer. She tried to hear her own voice over his and the religious and militaristic tensions of Turkey and the conflicts between secularism and fundamentalism. Could she be a scuba diver like Jacques Cousteau? A stage actress? Would it be possible to please everyone including herself?

In her unpredictable and funny graphic memoir, Ozge recounts her story using inventive collages, weaving together images of the sea, politics, science, and friendship.”

The author, who is also the illustrator, uses several different techniques, sometimes mixing them in the same panel, to get the story across. I liked that; gave it a bit of the homemade feel, and also like it was a child/young woman telling the tale.

Recommended for young adults and above.

The author blogs a daily image at http://www.ordinarycomics.com/

This is the 46th book in my

This is the 23rd book in my 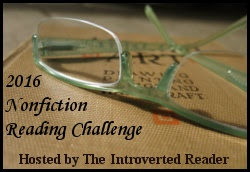 Words are clumsy tools. And it is very easy to cut one's fingers with them, and they need the closest attention in handling; but they are the only tools we have, and the imagination itself cannot work without them * (Frankfurter 1947: 546) as quoted in Harris and Hutton, Definition in Theory and Practice 2007: 135

By the barrel, or, Bend Beer Librarian is my beer blog

Please help me fund the release of this book from the clutches of the University of California Press!

Thanks for helping a bunch of us have the 1st successful campaign at unglue.it.